Update from the Field: Nematodes, the Other Insect

This post may reference products and/or services only available to our Retail Farm Center customers. For more information contact your Territory Manager at The Andersons.

If I had to pick one insect that has the greatest influence on soybean production worldwide year in and year out, I would pick the soybean cyst nematode.  These microscopic insects live in the soil and attach to the soybean root, literally sucking the life out of the soybean plant.  These insects can reduce root growth, stunt otherwise healthy soybeans, and transmit diseases to healthy plants.

The American Phytopathological Society suggests that soybean cyst nematodes were introduced to North America during the import of soil from Asia in the late 1800s to obtain inoculum of Bradyrhizobium japonicum. This bacteria has a symbiotic relationship with the soybean plant, living on the soybean root and fixing nitrogen that the soybeans needs.  Imported soil was distributed among researchers who were working on the improvement of soybean cultivation in the United States.  Soil was also shared among growers to obtain nitrogen-fixing inoculum once its utility had been demonstrated.  This sharing of soil spread the microscopic insects throughout North America, wherever soybeans were grown.

Figure 1: This table from the University of Nebraska shows which plants will and will not host soybean cyst nematodes.

Planting soybean cyst nematodes-resistant varieties used to be a viable option.  Dr. Jamal Faghihi from Purdue University’s Nematology Laboratory has found that resistant soybean varieties are not controlling the population as well as they once did.  The new seed treatments from Bayer and Syngenta are your best option for controlling the current population of nematodes.  This requires planning and forward thinking to ensure your seed is treated prior to planting.

Testing for soybean cyst nematodes is as easy as pulling a soil fertility test. If we get out and sample in August, we’ll have a good idea where to sample.  Sudden death syndrome (figure 2) is a fungal disease that can be spread to the soybean plant by soybean cyst nematodes.  This disease usually shows its ugly head later in the season, sometime in August.  If we pull our soil samples where we find sudden death syndrome, we will not have to guess where the “hot” pockets of nematode will be. 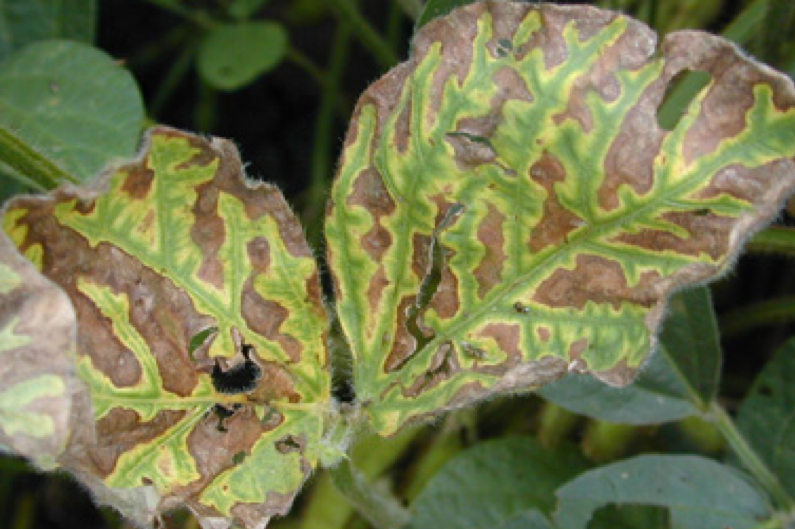 Figure 2: This image shows sudden death syndrome, a disease that will always present with interveinal chlorosis. This picture was taken near Walton, IN, in 2017.

Contact someone from The Andersons’ agronomy team for help in testing and making seed decisions for the 2019 soybean crop. 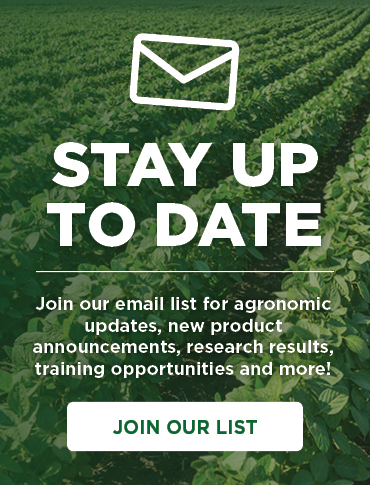